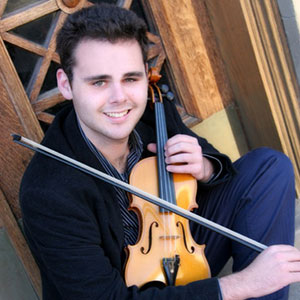 A native of Cape Cod, MA, Benjamin Thacher joined the Louisiana Philharmonic  in 2013, having previously served as the Associate Concertmaster of the Boise Philharmonic Orchestra.

He received his Bachelors degree from the New England Conservatory under the tutelage of Donald Weilerstein and James Oliver Buswell IV.  He continued his graduate studies at the San Francisco Conservatory, studying under Ian Swensen.

A passionate teacher of both violin and viola, he maintains a thriving music studio in New Orleans. To inquire about lessons, please contact him at thacher86@gmail.com.