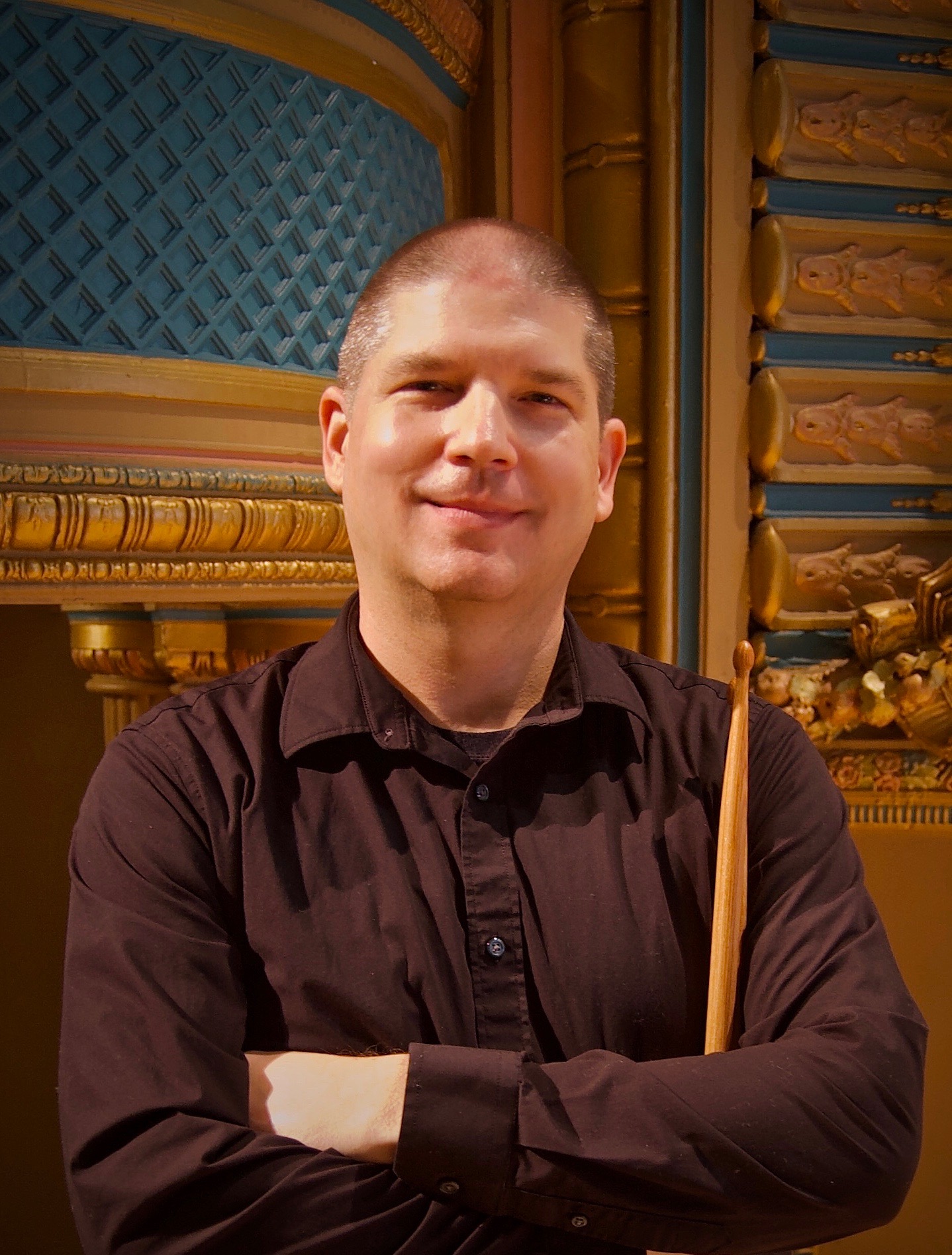 Dave Salay resides in New Orleans and has been a member of the Louisiana Philharmonic Orchestra since 2007. During the summer he performs with the Tulane Summer Theater Lyric Theater. Outside of his busy performing schedule with the orchestra he is an active educator, serving on faculty at Loyola University and the Greater New Orleans Youth Orchestra Young Artist Academy.

Dave is originally from Cleveland and was previously the Principal Percussion of the West Virginia Symphony. He has performed with the Alabama Symphony Orchestra, Fort Wayne Philharmonic, Canton Symphony, and Erie Philharmonic and has worked with the following conductors: Jahja Ling, Michael Stern, Carlos Miguel Prieto, Eije Oue, Stuart Chafetz,Gerhardt Zimmerman, Christopher Confessore, etc. He holds a Bachelor of Music degree from Cleveland State University where he studied with Tom Freer of the Cleveland Orchestra. While in high school he studied at the Cleveland Institute of Music Preparatory Department and performed with Cleveland Orchestra Youth Orchestra during their inaugural seasons.

Additional teachers include Rich Weiner, Paul Yancich, Tim Adams, and Bruce Collie. Dave can be heard with the Louisiana Philharmonic on recordings that are part of the Historic New Orleans Collection and for Video Games Live for the PBS National Broadcast. He is proud to be on the Artist Roster for Pearl Drums, Adams Percussion, Zildjian Cymbals and Freer Percussion.