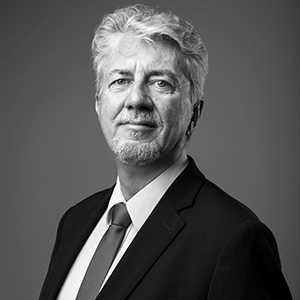 John Reeks plays Clarinet, Bass Clarinet and Saxophones in the Louisiana Philharmonic Orchestra. He is one of the founding members of the Philharmonic and has served as its President. He has held the position of Clarinet Instructor on the faculty of Loyola University for fifteen years. John is married to fellow LPO clarinetist Stephanie Thompson. He is a Yamaha Performing Artist on clarinet and plays on Backun barrels, bells, and mouthpieces.

John grew up in the “Lower Ninth Ward” of New Orleans in a family filled with generations of musical and graphic artists. He has played orchestral music professionally for over 30 years. In addition to the LPO, he has also worked with the San Antonio Symphony and the orchestras of the Santa Fe and Glimmerglass Operas. He was a member of the Spike Jones Band when that group was revamped in 1992. He has been a member of the chamber music group MUSAICA since it’s inception.

John has recorded with artists ranging in diversity from Randy Newman to Nine Inch Nails. His latest recording project was sponsored by Loyola University and the Yamaha Corporation. It resulted in the recently-released CD Old Wine In New Bottles, which is available at www.cdbaby.com/cd/reeksjohn. John has also presented the U.S. premiere of Dietrich Erdmann’s Concerto for Bass Clarinet (with the Louisiana Philharmonic) in February, 2005. He has performed at numerous International Clarinet Association ClarinetFests, including the world premiere of Stephen Dankner’s Adagio Appassionata: New Orleans, August 29, 2005. He was a Host of ClarinetFest 2001 in New Orleans.