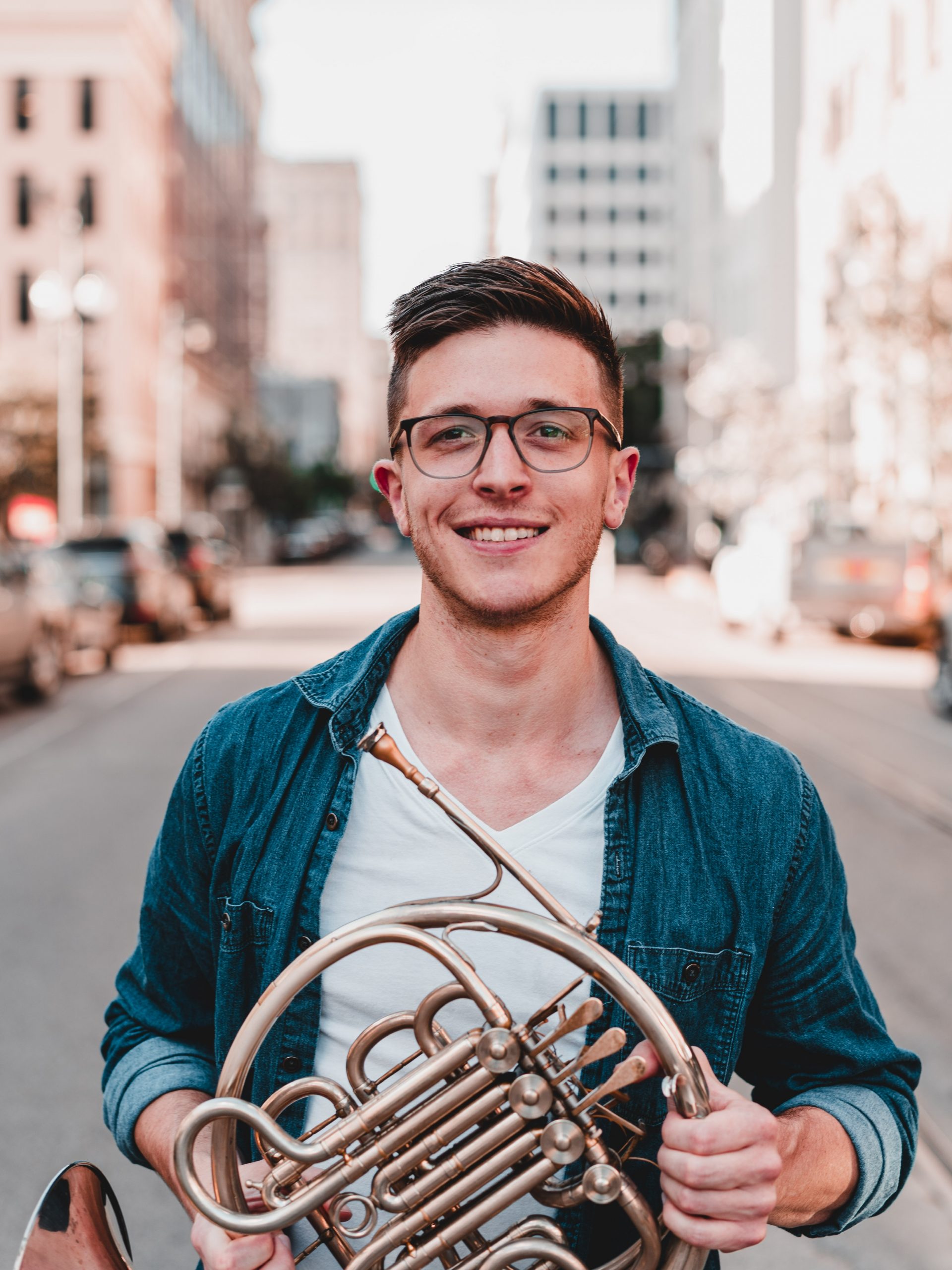 Josiah T. Bullach serves as Associate and Assistant Principal Horn of the Louisiana Philharmonic Orchestra. Since his appointment to the LPO in 2016, Mr. Bullach has played an active role as a performer, recording artist, and teacher. He is on the board of the New Orleans Chamber Players and is passionate about music education in the greater New Orleans area.

A proud native of Ohio, Josiah began taking horn lessons from his uncle Ron Kurzen at the age of eight. He then went on to receive his Bachelor of Music degree from the Baldwin Wallace University Conservatory of Music where he studied with Jesse McCormick. He was a prize winner of the Tuesday Musical Association Scholarship Competition, a featured soloist with the Cleveland Youth Wind Symphony for their 2012 European concert tour, and a soloist at both Baldwin Wallace University and the University of Cincinnati-College Conservatory or Music, where he continued graduate studies as a student of Randy Gardner.

When not playing horn, Josiah enjoys an active lifestyle of running, rock climbing, and CrossFit.