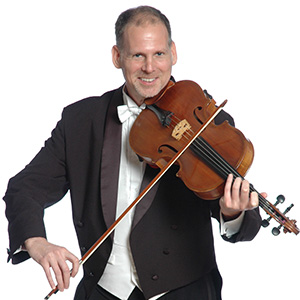 Richard Woehrle, violist, grew up in Alexandria, Virginia. He began playing the viola in the third grade in public school, in high school he studied with Ramon Scavelli of the National Symphony. He is a graduate of the Juilliard School with Bachelor and Master of music degrees in viola performance where he studied with William Lincer and Margaret Pardee. Additional studies were with Donald McInnes, Roland Vamos and Thomas Dumm.

After graduation he joined the New World Symphony as a rotating Principal and attended the two Spoleto Festival. He went on to play with the Puerto Rico and Virginia Symphonies and spent two years playing in the Nightingale String Quartet, in residence at the University of Nevada, Reno. While in Reno he worked with violist Virginia Lenz and violinist Phillip Ruder and played in the Reno and Fresno Philharmonics.

Richard joined the Louisiana Philharmonic in 1999 and has been Principal Violist for the past twelve seasons. He is on the Music faculty of Tulane University and plays on a 2010 viola made by Tetsuo Matsuda.