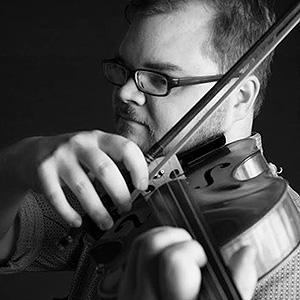 A native Minnesotan, violist Tyler Sieh joined the Louisiana Philharmonic Orchestra in the 2015-16 season. He has previously served as a member of the Omaha Symphony, principal viola of the Missouri Symphony Orchestra and from 2007 to 2011 served in the United States Air Force as a member of the Air Force Strings in Washington, DC.

Tyler completed both bachelors and post-graduate programs at the Cleveland Institute of Music where he studied with Mark Jackobs and Lynne Ramsey. Later, he served on faculty at Augustana University and Minnesota State University, Mankato where he appeared in numerous performances while violist of the Augustana String Quartet.

He gave his recital debut at the Kennedy Center for the Performing Arts in 2009 and has performed with orchestras across the country including Minnesota, Indianapolis, Kansas City, Toledo, Akron, Delaware, Annapolis, Richmond, Charlotte, the Erie Philharmonic the Minnesota Opera and the National Gallery Orchestra.