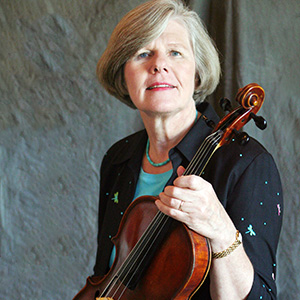 Valborg Gross has been a violist in the Louisiana Philharmonic orchestra since 1994, and played violin in the orchestra during its first two seasons. She served as chair of the orchestra’s Concert Committee and Secretary of the Board of Trustees, and formerly served as Treasurer and President of the organization.

In addition to her work with the LPO, Val has taught viola at Tulane University as an Adjunct Instructor from 1987-2010. In June 2006 she was honored to perform in the World Philharmonic Orchestra in Paris, France.

She is married to Bob Gross, and they have two children, David and Elizabeth.