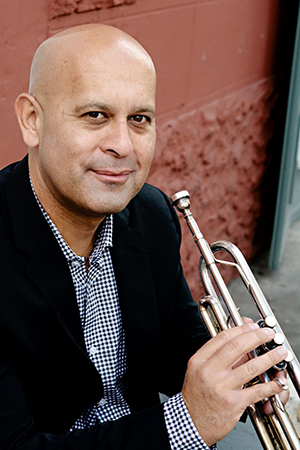 Vance Woolf joined the LPO as Principal Trumpet in 2000 and has been a regular featured soloist performing works ranging from the high baroque concertos of Torelli and Tartini, to Arban’s Carnival of Venice and Arutunian’s Concerto for Trumpet. In 2008, Vance joined the faculty of Loyola University New Orleans College of Music and Fine Arts as Instructor of Classical Trumpet.

Originally from New Zealand, Vance served as a Cornetist in the Central Band of the Royal New Zealand Air force while completing his Bachelor of Music Degree. He later traveled to the U.S. to pursue his trumpet studies, earning a Master’s Degree in Performance from the San Francisco Conservatory of Music where he studied with Mario Guarneri. While a student, he spent his summers attending prestigious music festivals, including two at the Music Academy of the West where he studied with the legendary Adolph Herseth and was the recipient of the Maurice Faulkner Award. He also toured Japan twice with the Pacific Music Festival Orchestra.

Prior to the LPO, Vance studied in Miami with one of his trumpet heroes, Gil Johnson, the former Principal Trumpet with the Philadelphia Orchestra.