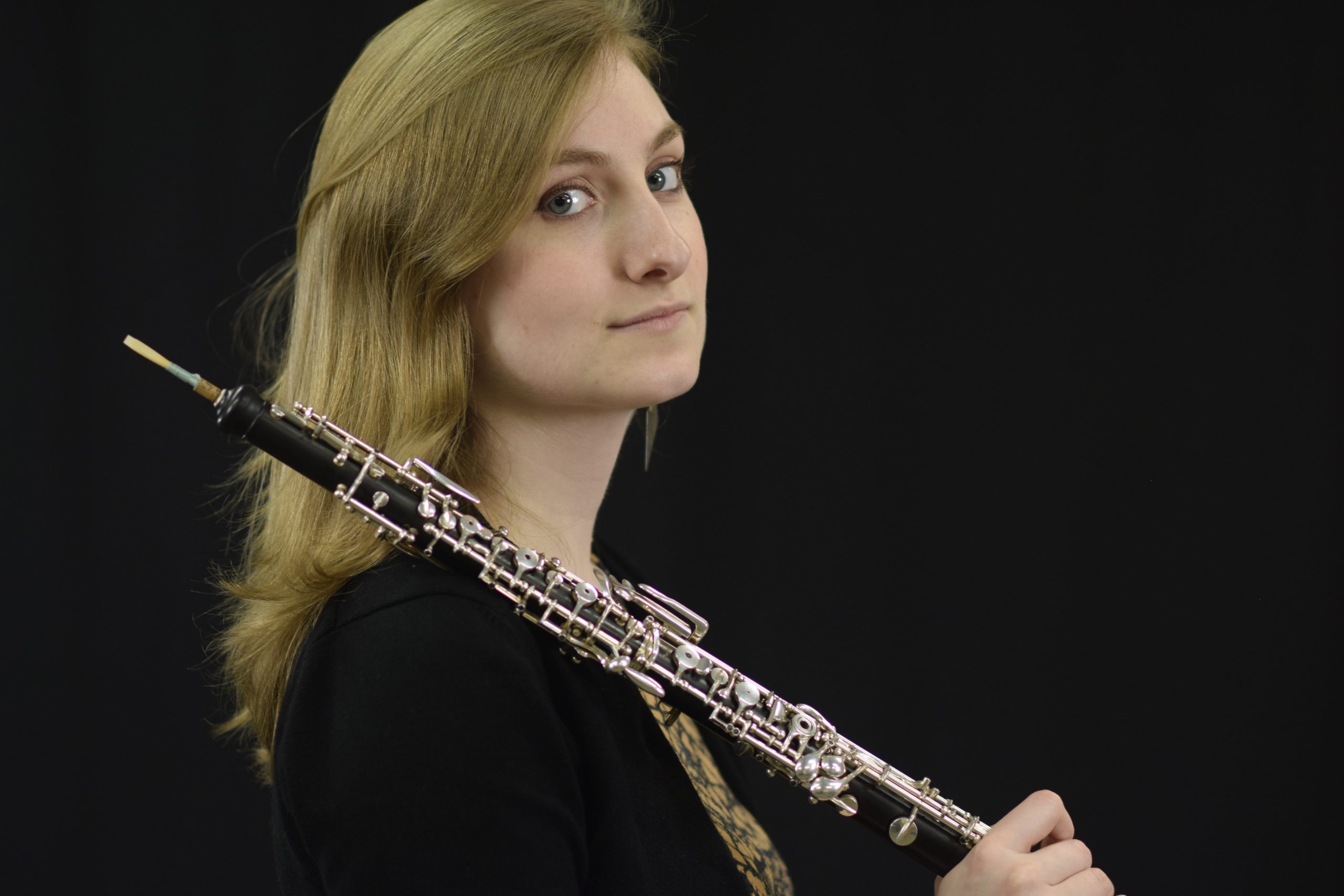 Virginia is the featured soloist on the premiere recording of Theo Chandler’s Oboe Concerto written for her in 2019 which is available on all streaming platforms. She was a winner of the Colorado College Music Festival Concerto Competition and of the Oberlin Danenberg Honors Recital competition in addition to being named as a finalist in both the Matthew Ruggiero International Woodwind Competition and the Oberlin Conservatory Concerto Competition. In 2017, Virginia was featured in a performance and interview on an episode of “On Stage at Curtis” on WHYY.

She received a bachelor’s degree from Oberlin Conservatory, a post-baccalaureate diploma from the Curtis Institute of Music, and a Master’s Degree from Rice University’s Shepherd School of Music. Virginia is very grateful for the never-ending support of her wonderful teachers: Robert Atherholt, Richard Woodhams, Robert Walters, Colin Gatwood, and Erik Behr. When she is not practicing or whittling away at her reed desk, Virginia enjoys experimenting in the kitchen, biking to City Park, playing games with her friends, and spending quality time with her chatty cat, Lilly.